The downside of falling into the hobby of old-time radio is that it’s participants are increasingly gray- and white-haired. Which means that accidents, illness, and mother nature take their toll and seem to diminish our ranks to quickly. Many of the founders of the hobby enjoyed OTR as children when it was originally airing in the 1930s, 1940s, and 1950s. Their nostalgic yearnings to rediscover the programs of their childhood led to hobbyists in the 1960s and 1970s salvaging so many recordings and selling and trading amongst themselves.

Often in their 20s and 30s then, many of them are now in their 70s and 80s. While the vast majority of the stars of radio’s Golden Age passed on from the 1970s-1990s, now many of the first generation of collectors and hobbyists are leaving us.

Bob Burchett was one of those old-timers. He was deeply involved in the creation of the Cincinnati Old-Time Radio Nostalgia convention that ran from the mid-1980s until just a few short years ago, the only such gathering in the Midwest and one of the last to finally shutter its doors. He also founded the Old-Time Radio Digest, a bi-monthly and then quarterly publication of research articles, program reviews, and vintage reprints. For many years he operated his own old-time radio business, selling shows via cassettes. He was also active in one of Cincinnati’s OTR fan clubs.

Though I’d not seen Bob since the Cincinnati convention closed its doors, I am saddened knowing I’ll not have the opportunity to again hear the boisterous laugh of a man who loved old-time radio and was a true blue friend.

Here’s a nice pic of Bob posted by Martin Grams. 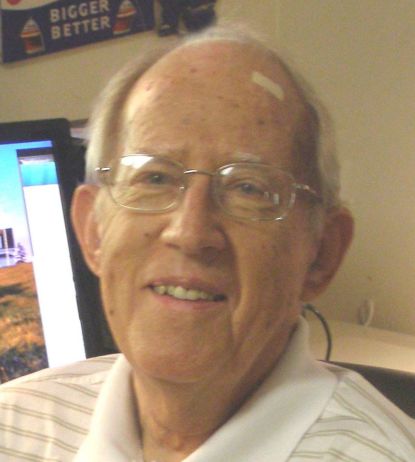