Woody Smith was a regular performer on KMBC but he was never a member of the Texas Rangers. I have yet to uncover any other reference to Diamond City News, one of the series referenced in this review, in all my Texas Rangers research. I have some leads and will post more here as more is uncovered. 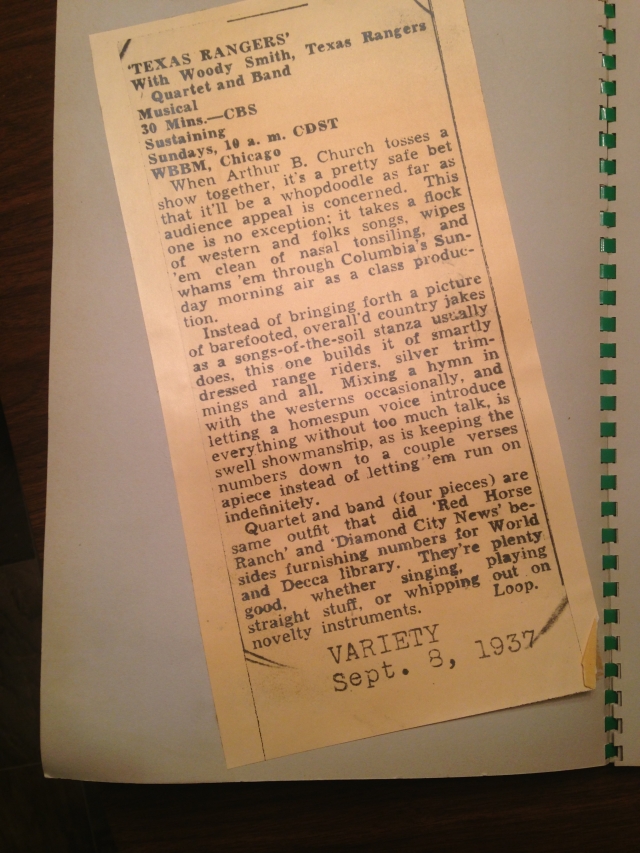 The weekly Brush Creek Follies was a weekly showcase of KMBC musical talent. The Texas Rangers often appeared, either as a band or in various musical configurations. My working hypothesis is that the Follies grew out of the Happy Hollow Barndance, a Saturday night musical broadcast in the early 1930s that was an off-shoot of the daily Happy Hollow serial originated from the station. Considering all the KMBC documents that have been archived in at least three different libraries, surprisingly little seems to have been preserved about this long-running radio (later television) show. The University of Missouri – Kansas City has a little bit on it here.

While the Texas Rangers appeared on CBS’ West Coast network on different occasions, p. 18 and p. 19 illustrate the real day-to-day performing life of the group. In addition to their duties at the station, they spent countless hours on these regional promotional appearances. 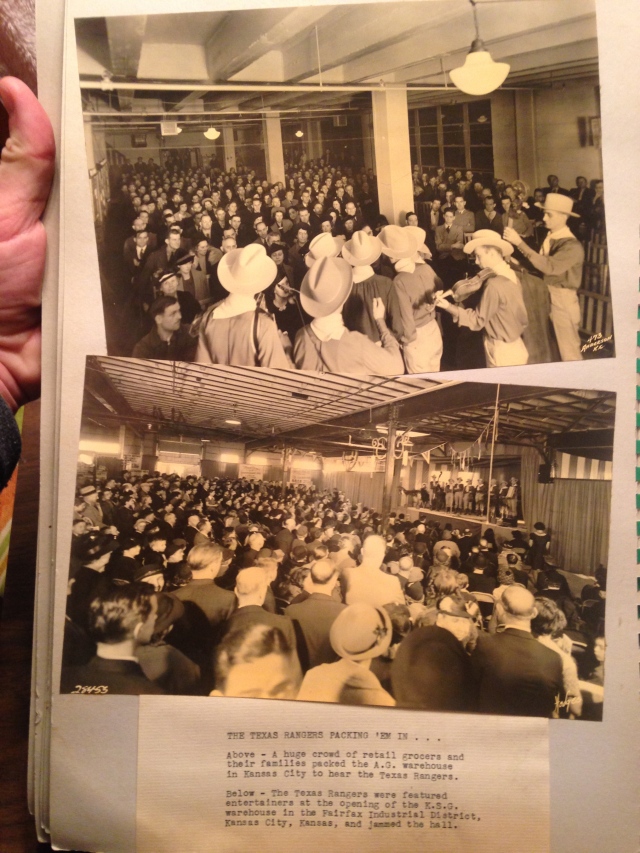 The C.A.B. (Cooperative Analysis of Broadcasting) ratings were an early method of assessing listenership. They were later supplanted by the Hooper ratings. 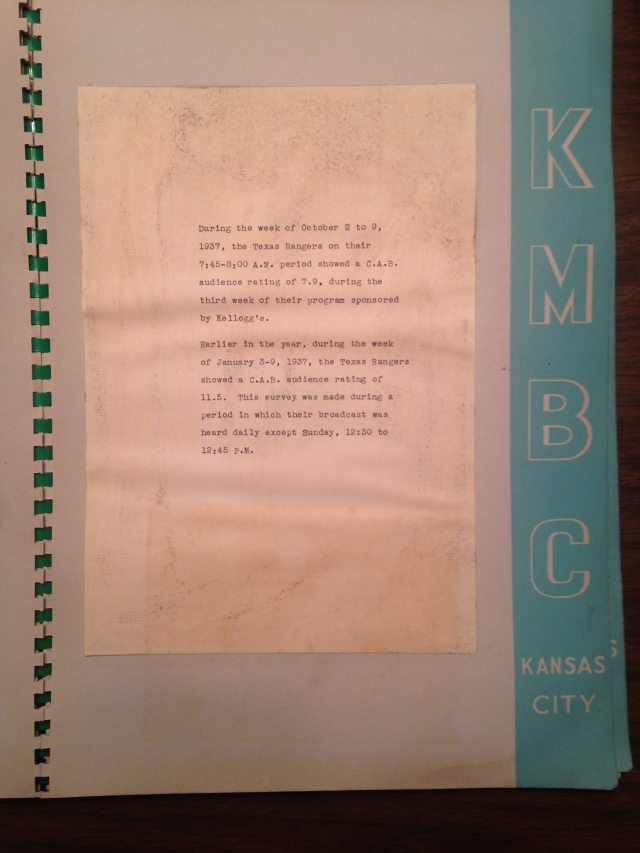 Fun publicity pictures of the Texas Rangers’ time under Kellogg sponsorship in 1937 as The Box K Ranch Boys. Beginning in 1941 the Texas Rangers began recording literally hundreds of songs that were sponsored by Kellogg’s in a number of Texas markets. After the cereal maker dropped the band the band’s transcription library was rented out to radio stations across the country. It became a significant source of income even as the group was disbanded through World War II. 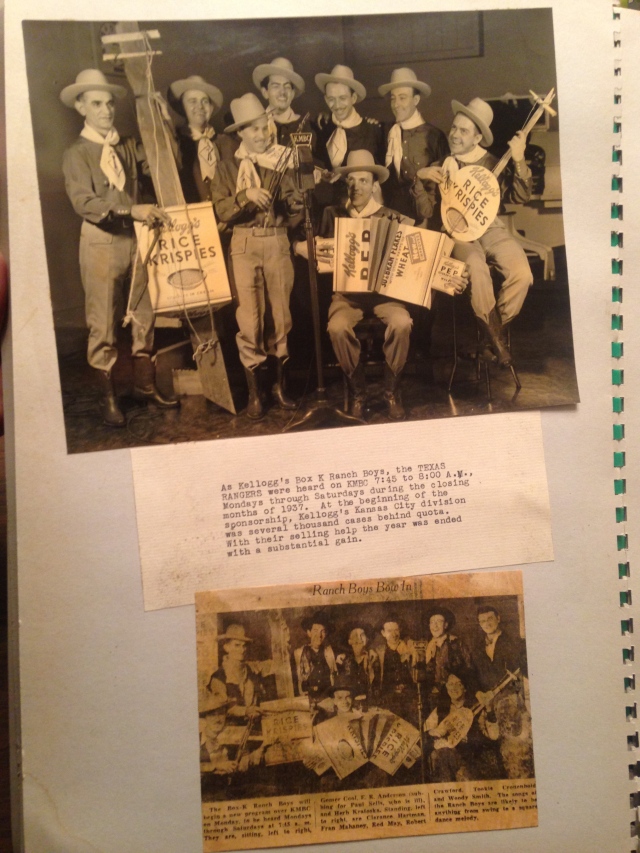 A list of the original stations broadcasting the Texas Rangers’ 65-episode transcribed series Life on the Red Horse Ranch. My overview of the series is included in the ultimate reference volume of Western old-time radio, Radio Rides the Range, edited by Jack French and David Siegel. I will post my published article on the series on this blog later. 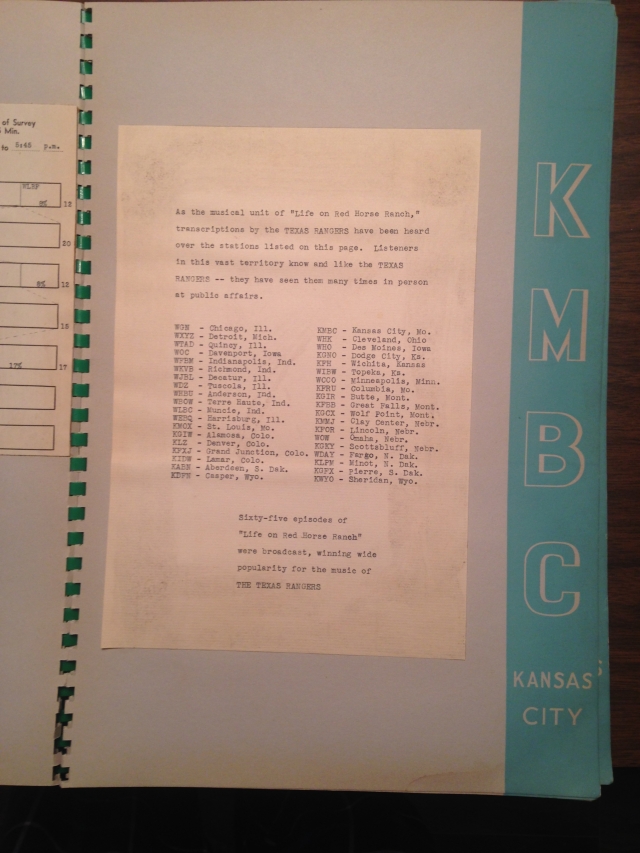 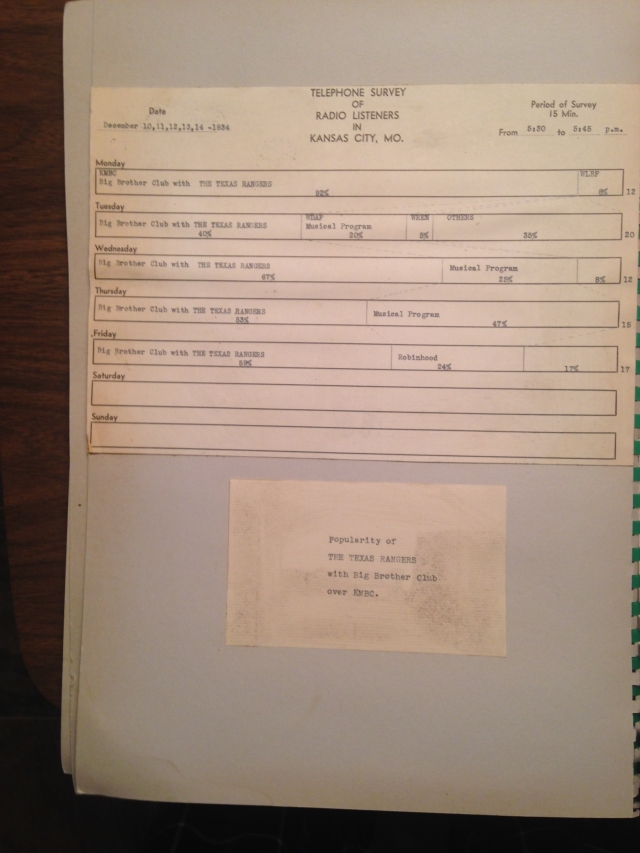 Even Will Rogers was jumping on the Texas Rangers bandwagon. Years later in 1947 the band appeared in Gene Autry’s The Last Roundup motion picture.